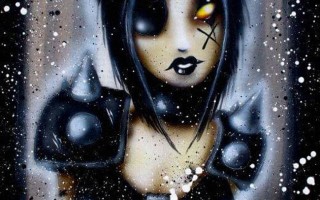 
Hey, do you like dressing up like a weirdo and having fun in the desert? Me too! For the third year, Wasteland Weekend is being held September 27th-30th in California City, CA. It’s different from that *other* desert party because THIS is a post-apocalyptic themed throw down. Costumes must be worn at all times and […]


Someone strode into the bank in a Darth Vader costume yesterday. A customer found this so hilarious, he went to hug adorable Darth. This customer at a Chase branch in Long Island was in for an unpleasant surprise. Well, yeah, unpleasant surprises at JP Morgan Chase banks are pretty much de rigeur at this point, […]


This weekend is the 2010 Coney Island Mermaid Parade. I love theme events and I’d definitely be wearing a mermaid costume, if I were in New York right now. Coney Island is actually the first amusement park sort of place I ever went to. I ate just a little bit of hot dog. Probably from […]