I have to admit that I prefer my science fiction a little grittier and a lot better acted and directed than network television can generally offer. So I don’t usually get my fix from ABC or SyFy.

As a Wesleyan alum, I wanted to like Serenity, but I thought the captain character was just way too annoying. (Joss Whedon is also a Wesalum.) That said, I know a lot of my compatriots are huge Nathan Fillion fans and are enjoying ABC’s Castle series.

So big congrats to the posse from Lady Clankington and Brute Force Studios for both getting their gear featured very prominently in tonight’s steampunk episode of Castle and appearing in episode #3.4 with the unfortunate moniker of Punked. 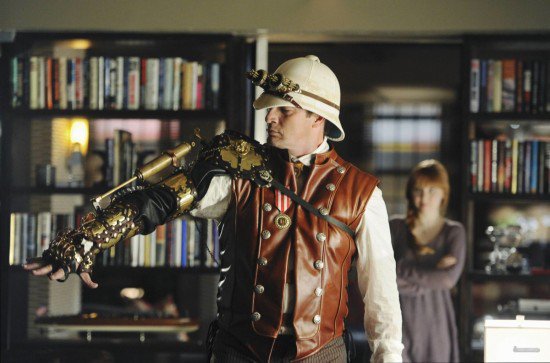 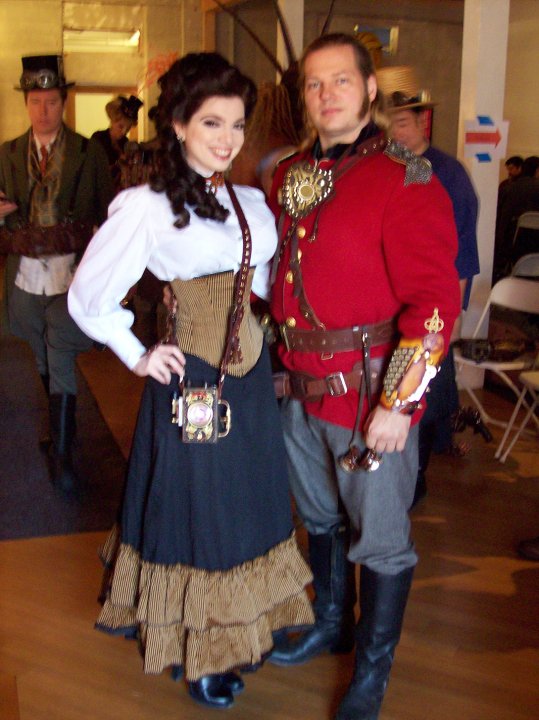 Posted by Amelia G on October 11, 2010. Filed under Art, Trappings. You can follow any responses to this entry through the RSS 2.0. You can leave a response or trackback to this entry
Tags: abc, brute force, castle series, joss whedon, lady clankington, nathan fillion, nicotine, science fiction, steampunk, syfy, television, wesleyan