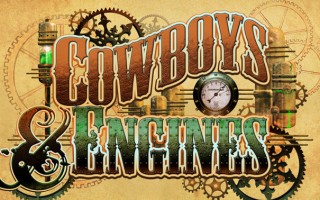 
I follow cyberpunk, cool-hunting author William Gibson on Twitter. The other day, he tweeted, “It would be so cool if the 1% dressed exclusively in steampunk Prada. Even just for a week.” I retweeted his post and asked, “Who do I know who’d rock this too?” I’m pretty sure I know a lot of people […]


A Gentleman’s Duel is an animation from Blur Studios. It was featured on Wowtion, a now-defunct animation zine, some time back, but has been a bit viral lately. Steampunk transformers and boobies. And the dismissive insult of telling someone offering champagne to the object of one’s affections that alcohol is the French recipe for romance. […]

- by Blue Blood in Trappings, Video


here is a tutorial on how to paint clock gears for a really cool looking steampunk, beautiful and dark look with mystery. it is not difficult to do so please give it a try


A couple nights ago, I made cupcakes, for the first time since I was a kid. I learned that (a) there is a reason to have those little paper cups in there, (b) a popover pan is actually not as analgous to a cupcake pan as the uninitiated (i.e. me) might guess, and (c) there […]