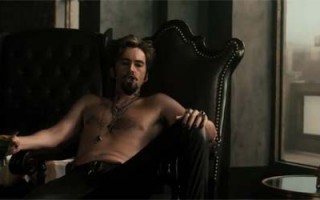 - by Blue Blood in Music, Video


I once melted off various chunks of my hair because I wanted to have white stripes in it and was chatting with a friend while leaving 40 volume bleach in my hair extra-long. Parts of my hair were literally reduced to mush. Fortunately, I have thick hair to begin with and I was wearing it […]