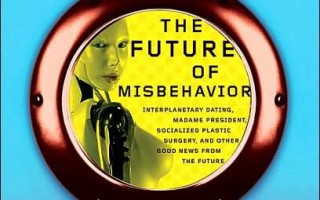 - by Forrest Black in Books


I first met the intrepid LA Weekly nightlife columnist Lina Lecaro back in the darkly glamorous and decadent millennial y2k nights of Club Makeup a decade or so ago. It was the place to be, full of noise and glitter and genuinely flamboyant craziness. I really should dig up some of the pictures from that […]


Writer John Updike passed away this morning. I used to confuse John Updike and John Irving, so I was, as a child, afraid to pick up a John Updike book, for fear someone would get their penis chomped during a blow job. Of course, that was “The World According to Garp”, but I already said […]