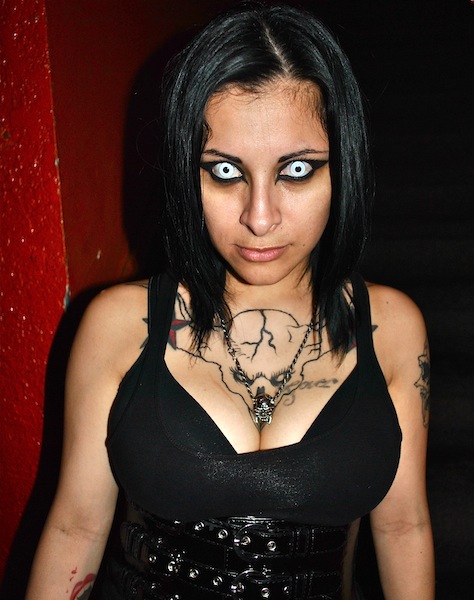 The fabulous Lina Lecaro just did an in-depth LA Weekly feature on long-running industrial club Das Bunker. It is interesting to read the history of Rev John and Franck’s regular Das Bunker shindig. Maybe something about Que Sera in Long Beach is good for old skool clubs, as Das Bunker started there and Release the Bats still makes its spooky home there. I admit that I usually hit Das Bunker as part of some other activity i.e. clubbing with Andy LaPlegua and Kellie LaPlegua or picking up Blue Blood T-shirts from green-haired-punk-rocker-screenprinting-r-us, but that alone shows that the goth-industrial scene always needs clubs.

Posted by Amelia G on April 5, 2011. Filed under Happenings, Music. You can follow any responses to this entry through the RSS 2.0. You can leave a response or trackback to this entry
Tags: andy-laplegua, franck, goth-industrial, industrial, kellie, kellie-laplegua, laweekly, Lina Lecaro, nightclub, nightclubs, que sera, rev_john