What is a good reason for kicking a punk off a flight?

Billie Joe Armstrong of Green Day was kicked off a SouthWest flight for allegedly wearing excessively low-riding pants. Apparently, SouthWest is just really revved up about belt location, as this is far from the first incident where they have booted someone for this.

When I was a kid, I was taught to dress up a bit to fly. That was before airlines started demanding that average passengers submit to all of the ridiculous intrusions required in the US today. If flying is going to be a somewhat cosmopolitan and sophisticated experience, maybe a dress code is okay. If creeps are going to reduce the amount of oxygen they feel obliged to provide, keep me from bringing bottled water or normal-sized cosmetics on board, shrink the leg room on my seat, have disrespectful customer service, fondle me, and try to shame me into standing in radioactive machines which are like something out of the back of a 1950’s comic book — see through her clothes! — then I really think they can fuck right off on trying to enforce a dress code.

Sometimes, when you are young and vulnerable and you know you kinda wore that outfit to piss someone off, you expect to occasionally get grief for what you look like. I think that is still wrong. But, when an airline is dealing with adults, I really don’t think a cattle car flying bus gets to dictate what counts as acceptable fashion, especially not when any sort of airplane altercation can lead to jail time. It is a gross abuse of already-misplaced power.

And SouthWest acts like what happened is no big deal, because they got the famous guy on the next flight, after he tweeted about it. What about passengers who have fewer than 165,000 followers on Twitter? It is a disgrace that flight attendants should be given the power to treat customers this way, with the hint that not bowing to this nonsense is somehow unpatriotic. Pull your pants up, Mr. Rockstar, or the terrorists win. 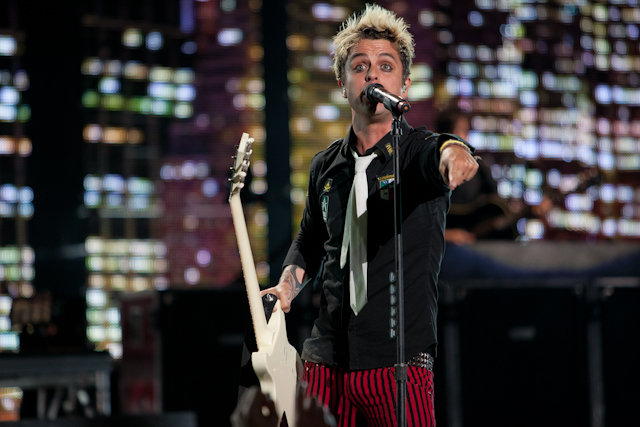 Posted by Amelia G on September 3, 2011. Filed under Music, Personalities. You can follow any responses to this entry through the RSS 2.0. You can leave a response or trackback to this entry
Tags: billie joe armstrong, green day, saggy pants