If you’re on an alternative website and class yourself as alternative in any way, I dare say you’re familiar with Tim Burton, if only through his classic magnum opus, The Nightmare Before Christmas. If I asked, you’d probably admit to having heard of it, if I prodded you’d likely let fly your opinions on the childlike, the creepy, the creative qualities of the film. If you ask me about Snuttock, my answer would not be so different. Snuttock is composed of multitalented independent musician Bryan Lee and versatile veteran Christopher Lee Simmonds (Thought Industry, Bullhead), and the music and imagery put forth by the duo is dark yet something short of macabre. I don’t know what fuels Burton’s creative process, but I like to imagine it’s a manic blast of absinthe, horrific dreams, and Helena Bonham Carter’s porcelain anatomy, all of which I can mentally conjure while listening to any given Snuttock Track.

On the one hand, there are shades of Oingo Boingo-style new wave/synthpop. On the other hand there are echoes of old school industrial and industrial rock. Clap both hands together and you get a conglomeration that can only be described as… well, Snuttock. Their avant-garde sound is eerily captivating and elements that appear at first listen to be misaligned become oddly complementary as songs progress. Melodies warp, dip and soar, synth sequences are layered and beats interwoven. As Snuttock creates a multi-dimensional soundscape that envelopes you from all sides, it is clear the albums Straight Jacket Life and Carved and Sutured are more than the sum of their (doll) parts.

Snuttock supplies the A’s to my Q’s, talking political ideologies, inspirations, and new horizons. While their videos and their music both stand on their own, I personally feel Snuttock’s musical stylings would also pair quite well with a stop-motion reinactment of a snuff film, if one were ever to exist (I knew Tim Burton was on my mind for a reason…) but don’t take my word for it. I’ve seen it tattooed on somebody somewhere that music speaks when words fail, and luckily for you guys, Snuttock is giving select readers the opportunity to let the music speak for itself. Details below on how worldwide readers can get their own entirely free copy of Straight Jacket Life or Carved and Sutured and gear up for the upcoming release, Endless Rituals. (Scroll down to get cool free stuff.) 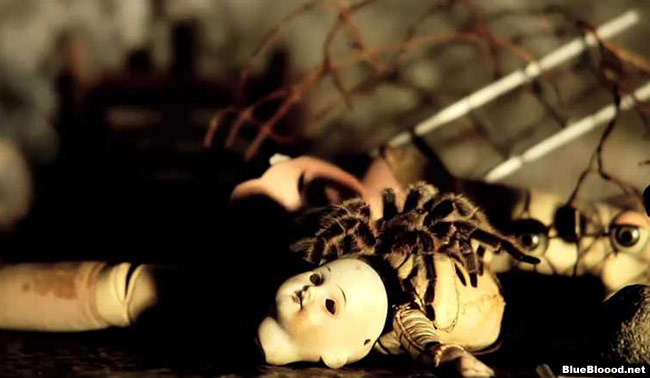 Kinkaid: Maryland is the birthplace of Snuttock. How is the home front treating you? Do you feel a lot of support locally, or is your fan base more widespread?
Bryan Lee: Definitely more widespread…except for a few pockets, I’d say Maryland doesn’t know we exist…right now with Chris in Pittsburgh and me in Baltimore, we’re focused on reaching current and new fans through the web, no real “Local” efforts…in today’s world, not sure how much that matters anymore…

Kinkaid: What did you expected to do when you “grew up” and how does your current life trajectory compare?
Christopher Lee Simmonds: Be a musician, tour the world, fuck lots of groupies, own a big studio, die in a plane crash. Wish I had more money and more time to spend in the studio.

Kinkaid: Chris, you have fingered Keith Richards, figuratively, as an inspiration to remain immature and reap the creative benefits of doing so. What’s that all about? And naturally, we want to hear about these “bad habits.” Let’s have a sordid tale!
Christopher Lee Simmonds: Well I’m not a Stones fan, but I do appreciate his lack of conformity to social standards when it comes to aging. I don’t have too many sordid tales when it comes to my use of substances. I should point out that I do not use anything that is not natural, and I do not use anything on a regular basis. I smoke marijuana and like to drink good beer and wine, and occasionally some good Scotch. I have upon rare occasions used cocaine and smoked a little opium, but never in large amounts and never in a repeated fashion. I think all people should have the freedom to choose what they do to their body and not be told by a governing force that it’s not allowed and punishable by law if you do it. I am a very loud defender of the United States Constitution and believe that it should be followed to the letter. So, I exercise the rights I am given by it; I use drugs if I want to, I own guns and shoot them, I think prostitution should be legal and have insurance rights, and I think you can worship how, where, when, why, what or who ever you want. Or not at all. It’s called FREEDOM! If you want to keep your personal liberties you must exercise them. I know it wasn’t a sordid tale, but it’s my answer!!

Kinkaid: Speaking of Keith Richards, I’m reminded of pirates as much as rock stars. What’s the horizon bringing Snuttock? What can current fans and new blood expect in the future?
Christopher Lee Simmonds: More…
Bryan Lee: 2012 bodes to be a good one if you’re a fan…we’re currenty wrapping up the final mixes for “Endless Rituals” our 3rd album due out in late spring…and Laurie Smith and I have begun trading ideas for our next video project… 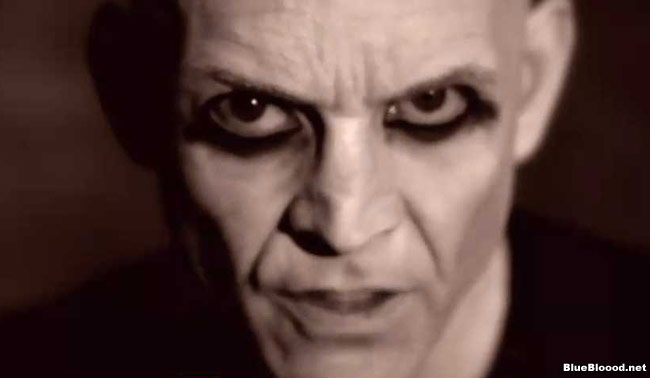 Kinkaid: What/who are some of your inspirations? Alternately, who do you aim to inspire?
Christopher Lee Simmonds: Anyone who listens :) I don’t have a real answer for this question anymore… I don’t really have any inspirations these days. I hate most of what the media calls popular music, and the music I grew up with doesn’t really matter anymore. My biggest inﬂuence when it comes to Snuttock is Bryan. But if you were to ask who I respect musically in the contemporary world? Devin Townsend, Peter Gabriel, Adrian Belew, Steve Vai,Trent Reznor, Gene Hoglan, Maynard Keenan, Chris Vrenna… I forgot a bunch…

Kinkaid: Where do you channel your energies outside of musically inclined endeavors?
Christopher Lee Simmonds: Politics these days. Trying free the world from the ever tightening grip of the New World Order.

Kinkaid: Bryan, as an independent musician, your primary stomping grounds are virtual. How do you feel about this form of distribution? What do you feel are some of its challenges and advantages?
Bryan Lee: This form of distribution…I love it. While we will always press CDs (personally, I have to have some physical representation of the music), digital distribution (we use TuneCore) is the way of the world and it’s great because it somewhat levels the playing field…today, there’s nowhere in the world a band can’t reach, and you don’t need a lot of money to do it.

Kinkaid: Your partnership came very naturally, if serendipitously. Do either of you envision bringing other talents into the mix?
Christopher Lee Simmonds: I do. Bryan?
Bryan Lee: Only if the fit is right…I’m hoping to get Mia Regalado, the girl from our “Spiders” video, to sing on one of our new tunes… 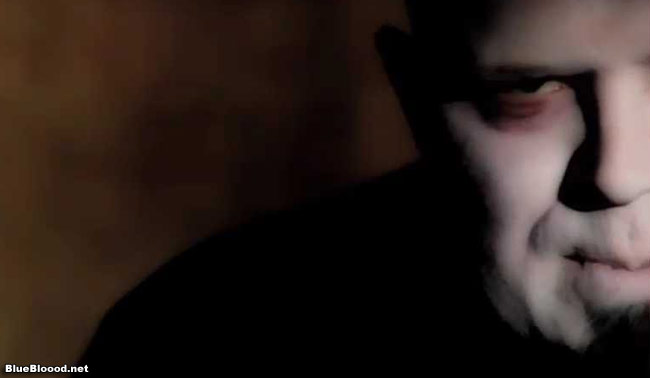 Kinkaid: If you were going to describe your sound to someone who’d never experienced it, what would you say about Snuttock?
Christopher Lee Simmonds: It’s invitingly creepy.
Bryan Lee: I’d preface any detailed explanation by saying that listening to a Snuttock album is a bit like listening to the variety on your favorite radio station…while our songs will share a similar moody or dark undercurrent, they’ll range in style from Industrial to Synthpop to Ambient…we have been criticized for that, but when you can choose to buy or stream only the songs you like, what does it matter?

Kinkaid: If you were going to introduce them to a track (or two, or three) of yours, which would you choose? Why?
Bryan Lee: I’d need 3: Frustrated, We Learn (from our upcoming release) and Empty…they represent all of our personalities…
Christopher Lee Simmonds: A new song titled; Attention, the classical mix of frustrated, and Spiders (any version). Why? Because they represent what Snuttock is to me.

Kinkaid: The imagery for Snuttock, as created by Michael Riley, is haunting, often involving dolls, mannequins, and their anatomical parts. What do they signify for you?
Bryan Lee: I think Mike’s paintings (the subject of all our album covers) create exactly the mood we want to convey when someone picks up one of our CDs. As for the dolls…I fell in love with the haunting scenes in the short films of the Brothers Quay…the way a broken child’s toy, missing it’s eyes or limbs can create a very somber feel, especially the old porcelain dolls from Germany…they were so detailed and full of life…long ago…if you’re into this type of imagery…don’t miss the artwork and photos on “Endless Rituals”.

Kinkaid: Tell us about the music videos. How do you contribute to the making of them?
Bryan Lee: I bring a loose concept for the video to Laurie, we exchange ideas for a month or two…I load up any props we’ll need…drive to Pittsburgh…then the fun begins!

Kinkaid: How did you become involved with the director, Laurie A. Smith? Do you think a visual aspect is crucial to enhancing the value of one’s music?
Christopher Lee Simmonds: I have known Laurie socially for several years and knew she has a great talent for making ﬁlms/movies. Videos have become essential today.
Bryan Lee: With more and more people going to YouTube to find music, yes, as Chris states, it is essential to have some sort of video presence.

Kinkaid: Any promos, links, last rites, or dirty jokes to leave us wanting more Snuttock?
Bryan Lee: Promos…OK…how about the first 20 people to contact us through www.snuttock.com that put “BlueBlood.Net” in the message get a free (including shipping anywhere in the world) promotional copy of either one of our first 2 albums. They just tell us which one they want and where to mail it…thanks for reading…don’t stay a stranger…visit www.jango.com/music/snuttock

Posted by Kinkaid on April 4, 2012. Filed under Headline, Music. You can follow any responses to this entry through the RSS 2.0. You can leave a response or trackback to this entry
Tags: baltimore, bryan lee, christopher lee simmonds, free, interview, maryland, pittsburgh, snuttock