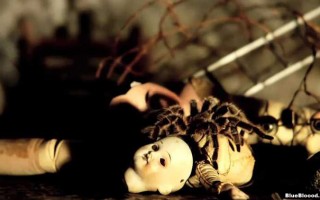 - by Kinkaid in Headline, Music


If you’re on an alternative website and class yourself as alternative in any way, I dare say you’re familiar with Tim Burton, if only through his classic magnum opus, The Nightmare Before Christmas. If I asked, you’d probably admit to having heard of it, if I prodded you’d likely let fly your opinions on the […]


New season of True Blood kicks off today. It has a tough act to follow, after last week’s amazing HBO finale action. I kinda liked True Blood season 1 the best, when Bill and Sookie looked happy together. I’m looking forward to season 4 anyway. Folks without HBO or away from the televisions can watch […]


If you live on the West Coast like me, it is not too late to get free ice cream from Ben and Jerry’s today. Southern California has been having a crazy heatwave. I confess to worshiping at the alter of frosty central air conditioning, but I had to leave the house yesterday to get espresso […]


Okay, I’d like to take this opportunity to make a public service announcement. Trent Reznor announced that he was giving away free downloads of his new Strobelight album, produced by Timbaland, on April first. This seemed both hilarious and topical as Blue Blood has covered goth-industrial music since 1992 and even the Blue Blood precursor […]


So I just got back from voting. I went to the polling place where I voted in the primaries and I wasn’t on the roster. They gave me a provisional ballot, but I find those things alarming. They also gave me a slip of paper with a list of phone numbers to call to find […]