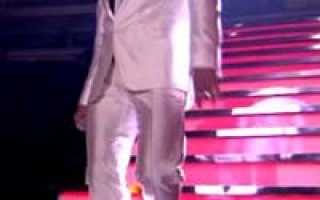 
Adam Lambert was feeling good tonight on American Idol. The producers of the show chose to put him in the final performance slot of the night and it is a good thing they did because nobody else on there could have followed him. He took a fine strut down the towering American Idol staircase and […]

If I Can’t Have You, I Don’t Want Nobody, Baby or It’s Like Studio 57 Up in Here


How is it possible that a pop treacle show like American Idol can suck at disco? When collegiate-cutie-marketable-to-preteens Kris Allen did a slowed-down version of Donna Summer’s “She Works Hard for the Money”, I thought he totally owned it because Kris Allen is not a guy anyone would really see doing disco and the song […]