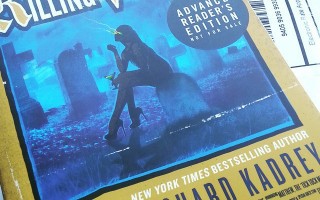 
What you see on BlueBlood.net is kind of the Glorious Results of a Misspent Youth. I have indeed playing both drinking D&D and strip D&D (and drinking Tunnels & Trolls and strip T&T, but I’ll spare you my Flying Buffalo deconstruction.) At any rate, I think I might need the Trilogy Edition of Drinking Quest. […]