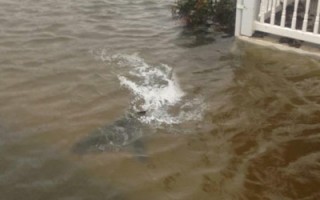 
So, Snopes and various other there-is-no-Santa-Claus-dot-com sites are reporting that sharks are not actually swimming around people’s yards in New Jersey. For some reason, I find this awfully disappointing. I mean, I have a lot of friends on the East Coast and I would be very sad if one of them were actually, ya know, […]


Yesterday, Amelia G was talking about the current unexpected void in the musical landscape; the extinction of the midlist or moderately popular specialty acts and the related collapse of what should be vibrant tribal cultural genres, given what would seem to be green pastures of self publishing opportunities. Serendipitously, I just received an email from […]