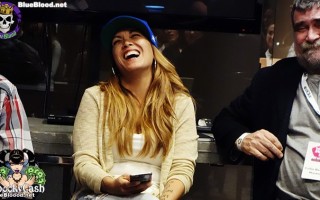 
If I were in Portland for NYE, I can guarantee that I would be at Darklady’s Empire of Pleasure New Year’s Eve. If you’ve ever read the words in an adult publication, you are most likely familiar with Darklady’s work. She is a successful prolific journalist and sexpert and knows so much about so many […]

Who wants a Putin judo DVD?


Vladimir Putin has released a judo video. You may recall that Vladimir Putin tied Anderson Cooper for Blue Blood fancy in the 2006 top hottest men countdown. Funkatron recalled and made sure he immediately alerted me when The Daily Mail announced what is obviously one of the most important DVD releases of the year. Although […]