People periodically send me letters asking how they can be me. I don’t know that being me is always totally awesome, although I wouldn’t trade with anyone else. But I do know that the #1 piece of advice I would give anyone seeking to innovate is to go to trade shows in lots of different industries. Although one of Blue Blood’s earliest membership sites GothicSluts.com was nominated for Adult Site of the Year – Niche in the awards which caps off the XBiz Show, I don’t consider Blue Blood an adult industry company. However, applying some of the business models, particularly from online adult, has been fabulous for digital marketing for products we produce, both those which are adult-oriented and those which are wholly non-naughty. For example, Blue Blood’s SpookyCash affiliate program pays to send me and Forrest Black and sometimes other folks to events like this one.

The XBiz convention a week ago provided a number of interesting insights, no matter what business you are in. Overarching points mentioned over and over, during the trade show week, were that virtual reality and mobile are key technologies for adult moving forward, but there were a lot of interesting takeaways which are either broader in application or more detailed in scope that VR and cell phones and tablets.

XBiz does a very clever thing which they call Speed Networking. It basically riffs on speed dating and you switch seats every minute, having just 60 seconds to make the acquaintance of another attendee and see if there might be any business you can do together. I met some really cool and interesting people doing this. And some of those minutes were really really loooong.

Forrest Black was on the Content Delivery: Presentation, Usability & Beyond panel. He shared insights on how, for content delivery, creative people need to think beyond just the raw technical requirements and really consider a holistic content delivery strategy. Forrest Black is responsible for the look and feel of all Blue Blood’s projects online and in print, so he has a cross-media perspective on how different technologies impact the way readers can enjoy what we produce.

On the Future of Adult E-Commerce panel, the consensus of the panelists was that, while there was less competition early on in online adult retail and fewer obstacles to reaching the end user, now there are better technologies, friendlier laws, and more business models available. For example, Kim Airs from Grand Opening mentioned that she used to have a store but found it more efficient to move over to doing affiliate promotions for adult toys. Bob Christian from Adam & Eve was inspiring and positive when he said he felt his market space hadn’t reached saturation and, even if it did, there would always be new ways to approach old things.

Most people would probably guess that adult sites have to be able to handle a lot of traffic. I suspect that very few are aware of just how many eyeballs an adult site needs to be able to serve and how vital it is to do so cost-effectively and fast because, if anything loads slowly visitors will be on to the next thing, but so few people are actually going to bust out a credit card to help pay for those servers. Brad Mitchell, Bryan Larkin, and Steven Daris addressed the special challenges faced in serving adult content in the Hosting: Emerging Solutions & Technologies panel. As these experts have been in the hosting space for a long time, it was interesting to hear them talking about the excitement of new technologies as they have rolled out over the years.

Trans Porn: Growing Out of the Shadows was a roundtable hosted by Steven Grooby. Buck Angel made some really cool points about educating the public. He emphasized that the press has to be educated, not just some theoretical masses. Buck Angel also said that he doesn’t think other people should be able to dictate terminology to the trans community. Terminology is a hot button issue right now because Grooby, host of both this panel and the TEA Awards, uses terms like shemale in their marketing and site names and people who didn’t get TEA awards seem very mad about this. I also personally used to like the now unusable term trannie because of its noncommittal nature. For example, a drag performer may or may not identify as TS, but trannie used to be an all inclusive term, covering both drag and transgender. Luc Wylder, from the audience, said that he is working to periodically slip a trans scene into movies he produces because he believes normalizing is the best approach and he wants to promote a more inclusive attitude. Jessica Drake, also in the audience, stated that she agrees and is looking to interview more trans people on her shows. Michelle Austin also touched on an issue I feel is very important when she said she initially balked at being marketed as BBW. Speaking for myself and GothicSluts.com etc., I have been approached countless times by journalists who respond to me saying that I find lots of body types attractive by asked me to “point out the fat chicks” on our membership sites. When I refuse, because I genuinely don’t view my work this way and I politically believe such descriptions are counter-productive, a lot of journalists will choose to cover someone else who is willing to fit their narrative.

One of the highlights of the convention was Tim Valenti’s talk Visionary Keynote: Tim Valenti Discusses the Future of Adult Digital Media. Morgan Summers from Cybersocket introduced the keynote speaker. Then Tim Valenti dived into talking about the history of adult media in America in general and the history of gay porn and the law in specific. He talked about his own history, working in a room in the back of the O’Farrell Theatre and creating some of the earliest porn performer web presence HTML pages and doing video for Tomb Raider. And he talked about how nobody thought his ideas for online streaming were ever going to catch on. Who was going to want to watch adult video online? So Tim Valenti built Naked Sword, the largest gay streaming and VOD company on the net and then merged it with AEBN to become simply the largest VOD company in adult. Tim Valenti is now the CEO of the combined companies. He also talked about his experiences with producing a sex positive indie film and taking it on the festival circuit and handling the unique PR needs and opportunities for a project like that. Tim Valenti’s keynote is probably the best I have ever seen at an adult industry convention and I have gone to (and spoken at) a lot of these shows, so that is saying something. He really highlighted how obvious it is now that online video is big business and how counter-intuitive that was when he innovated in delivering video via the internet. His anecdotes were super cool and his positive can-do attitude is really inspiring. I think the most important takeaway was that innovators may see opportunity where others just can’t and that doing the challenging thing and reaching for the sky can yield wonderful results. 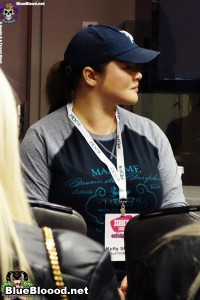 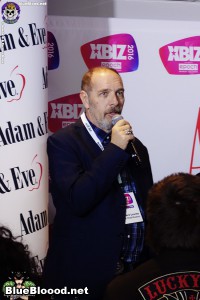 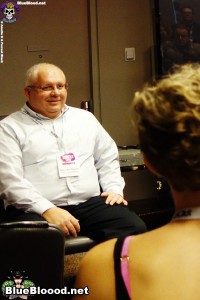 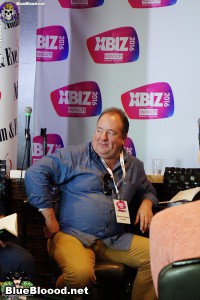 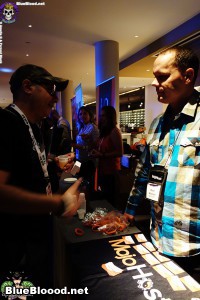 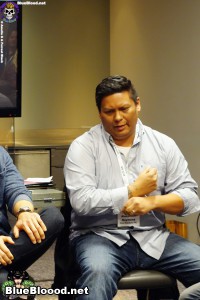 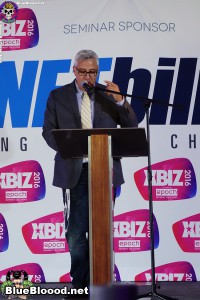 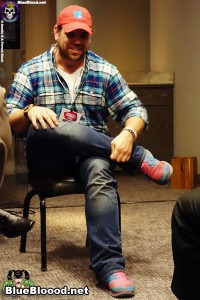 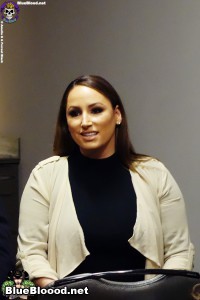 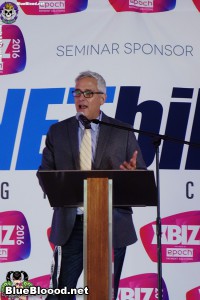 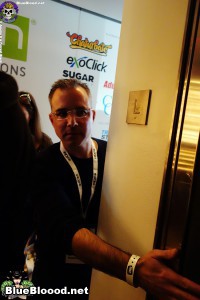 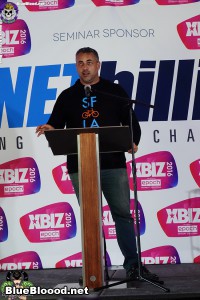 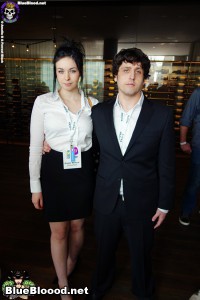 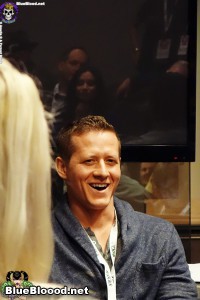 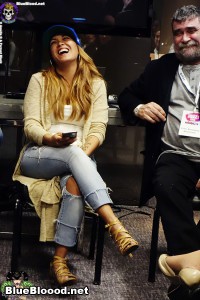