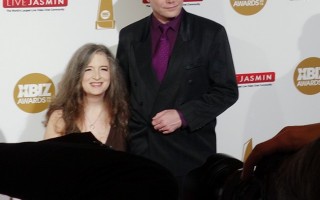 
So the week kicked off with the Cybersocket Awards, then the serious business of the XBiz Show convention, the Winter Wonderland party at the XBiz show, and then everything was topped off with the XBiz awards where GothicSluts.com was nominated for Adult Site of the Year – Niche. A lot of my compatriots went on […]


Reading Gothic.org just reminded me that today is World Goth Day. Pride yo. Here are a few beautiful goth babes from Gothic Sluts to honor the holiday.