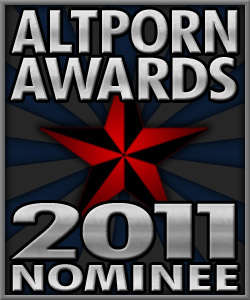 Lastly, for the folks who run high traffic sites and popular Twitter profiles, Blue Blood’s SpookyCash affiliate program is nominated for Best AltPorn Affiliate Program. I feel really good about having this project recognized again. Because of our love of new technology and strong publication background, SpookyCash was the first affiliate program to utilize a hosted blog and custom-coded affiliate RSS feed syndication in this market space. SpookyCash also still has the only fully hosted TGP of any of the nominees. SpookyCash, of course, has all the expected affiliate webmaster tools, including banners, hosted banner rotation, FHGs, POTDs with customizable preview thumb size, and all that good stuff.