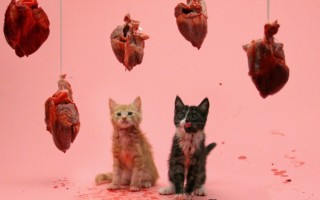 Voltaire and Amelia G Do Construction


I don’t usually share shoot stories from BlueBlood.com on the front page of BlueBlood.net, but this one is just too good not to share. You’ll have to be a member of the free forums to see sample shots though and only paid up members of BlueBlood.com get to see the whole set in all its […]


The other day I posted a Trash Factory at Devil’s Point fashion show photo gallery and my Fashion Show in the Champagne Room write-up of the evening. Now I’d like to share a video of the night shot by a gent named Sean Strauss and pointed out to me by the very cool Portland photographer […]


So, after knowing each other for nearly a decade, and working together on multiple projects, over many years, I finally finally got to meet Scott Owens of EroticBPM fame in person! We once almost met in the flesh when he got stuck at LAX on a layover, but I’d just finished being somewhere one good […]