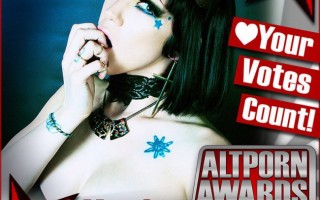 
My pal editrix Abby Ehmann always knows where the good party is. (Often she is the one throwing it.) A few years back, the Blue Blood crew exhibited at the late lamented BondCon event in Las Vegas. (BondCon was purchased by the fine folks at Kink, so hopefully they will relaunch it.) The BondCon show […]