Forrest Black and I recently had the pleasure of photographing badass mohawk punk Tara Toxic and sexy artsy goth chick Annika Amour pumpkin carving. They each had their own pumpkin carving styles, which you can see in their entirety in the Blue Blood VIP and on GothicSluts.com. Tara was a bit more hack and slash and Annika was a bit more precise, sketching out her design in pen before she started carving. Also, apparently Annika is just very naked. We were going to have SFW sample galleries of both lovely beauties on BlueBlood.net, but we only have the Tara Toxic free pics SFW gallery because we realized that Annika is never not naked in the Halloween shoot we did of her. 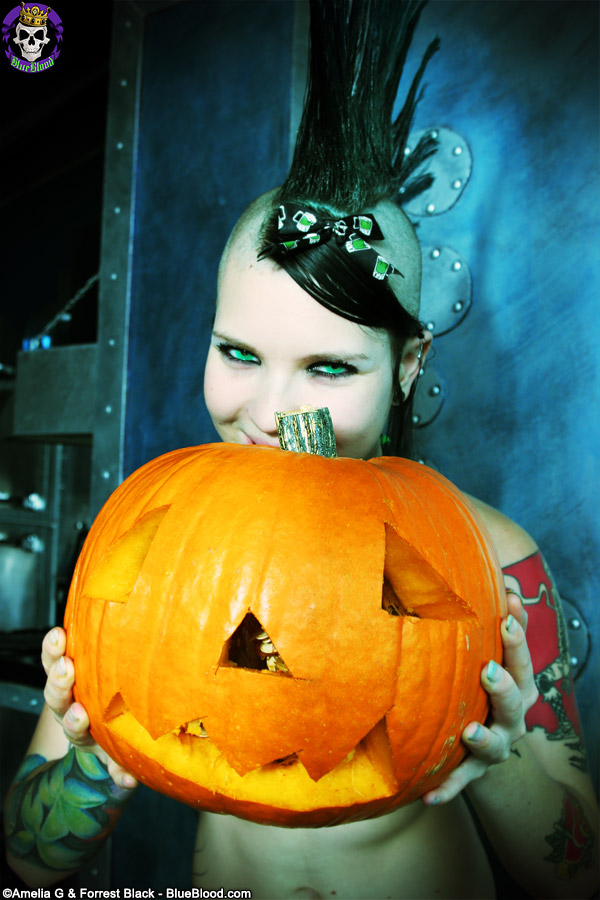 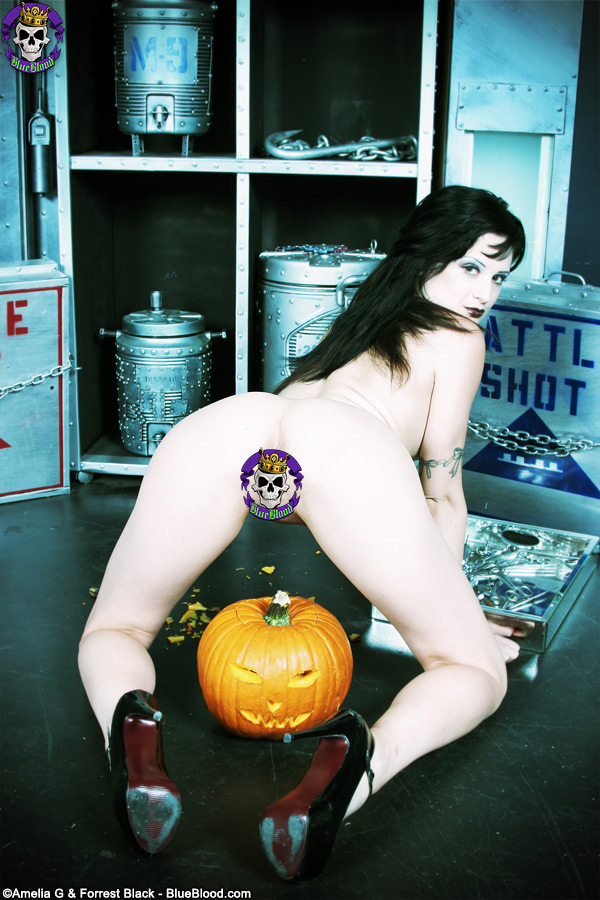 Posted by Amelia G on October 28, 2012. Filed under Headline, Sex. You can follow any responses to this entry through the RSS 2.0. You can leave a response or trackback to this entry
Tags: annika amour, blue blood, blueblood-vip, gothic, gothic sluts, gothicsluts, halloween, tara toxic