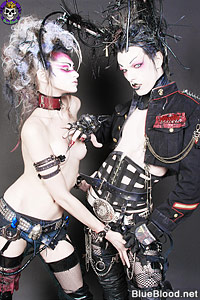 Special occasion nights in Hollywood generally involve a lot of party-hopping. Sure, there are the people who have to get back in their car and go to the next event every twenty-six minutes because that is how long it takes for the last bump of cocaine to wear off. But it really does make sense to hit as many shindigs as possible in an evening. First of all, Los Angeles is such a vibrant city with so much going on at once, at any given time, especially on a holiday like Halloween. I know I don’t want to miss a thing. The hardest thing about going out at night in Los Angeles is blow-drying my hair. And the whole having to wear pants when outside of the house thing. Once I’m not naked and I’m wearing eyeliner, I feel like I might as well get full value out of having gotten dressed and a lot of my fellow Angelenos feel the same way.

Los Angeles tends to have a dress code where it is important to look good but not to look like you tried too hard. This means club-goers do not dress up as much here as I might enjoy. Happily, when it comes to any special event like Halloween, the dress-down rule goes out the window and everyone is encouraged to really do it up.

For this past Halloween, Blue Blood sponsored a whole lot of parties, in a whole lot of cities, in addition to doing a full on media sponsorship arrangement with the Hex Halloween event in Hollywood. My old housemates Perish and Eden Muse (pictured above and in our Halloween picture galleries), were the flyer models and Perish’s costume concept was to embody the future. “For me,” he says, “it wouldn’t be computer parts and neon colors, rather, a personal functionalism mixed with individual ornamentation, recycled and re-articulated through experiences. Don’t throw it away just yet, turn it inside out and tell a story, the concept evolves.”

Forrest Black and I set up a location studio at the event and photographed literally more than seventy of our fabulous friends and compatriots (pictured in our Halloween picture galleries). DJ Xian, who was in charge of the event, is totally cool; it was just a new and gigantic venue and things were a bit snafued and the mix of people in the crowd just did not quite gel, so that there were also some kind of mean people there (not pictured) who made it a bit less fun than I would prefer. Fortunately, Area 101 with Federico Zignani and Apollo Starr had an incredibly awesome afterparty that most of the people pictured here were also at and so we all ended the evening on an up note. 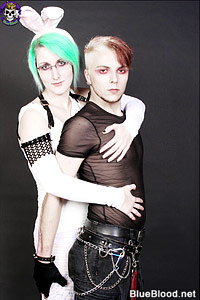 When Forrest Black and I shoot an event, we seek to photograph the people who are the most stellar examples of whatever the event is about. For example, we are going to be looking for couture latex and corsets at a fetish event, tasteful use of sequins at a burlesque event, artistic original ink at a tattoo event, great costumes at a Halloween event, etc. And, like anyone with a camera, professional or amateur, we enjoy shooting our friends. Additionally, Forrest Black and I are artists so we need to be inspired. If we are just not feeling someone’s vibe, we are not going to be into photographing them. I mean, people do hire us to shoot things that might not be our first choice, but, when I am wielding my camera for art and for the scene, I just kind of expect people to be I just kind of expect people to be appreciative and cool and understanding rather than demanding and hostile and envious.

It is funny looking at these photo galleries because I remember it not being the most fun shoot I ever did, only the people we actually did photograph were the ones I feel warmly towards. So we’ve got some totally kickass pictures for your viewing pleasure. You may recognize a number of members from the Blue Blood forums and Blue Blood hotties Michelle Aston, Aiden Starr, Natalie Addams, Zoe Matthews, and Vima. If I did the complete luminaries in attendance list, it would be like a phone book. Suffice it to say that a real night on the town in Hollywood should always involve multiple events, but, if you picked the right shindigs, you will probably see some of the same usual suspects more than once in an evening. And that is generally a source of good fun.

Posted by Amelia G on January 19, 2008. Filed under Blue Blood. You can follow any responses to this entry through the RSS 2.0. You can leave a response or trackback to this entry
Tags: aiden starr, costume, costumes, costuming, halloween, haters, michelle-aston, natalie-addams, perish, ramzi abed, vima, zoe-matthews