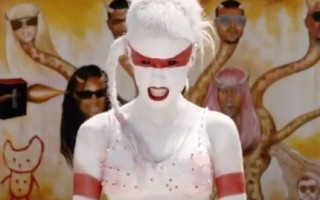 
The new video for Die Antwoord’s song “Fatty Boom Boom” off their recent albumn, Ten$ion came out this week. We all knew what to expect from their previous videos, but I don’t think any of us were prepared for this. It’s impossible for me to break down this video, there are far too many cultural […]


Alexander McQueen was such an extremely talented and out-of-the-box designer that even punks who hate the whole concept of fashion could appreciate his work. In keeping with this, Alexander McQueen said that he once used a pen to scrawl the word CUNT into the lining of a coat he worked on for Prince Charles. David […]