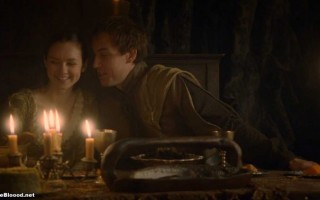 Game of Thrones, Episode 203, What is Dead May Never Die, or Everybody Hates Theon and Nobody Likes Anybody Else Much Either


Our ep opens with Jon the Bastard having been kicked like a bag of shit from the woods all the way to the barn. This is pretty much the life of a Stark these days. It turns out the mystery of Craster’s boys isn’t much of a mystery, so it’s a wonder why he’s so […]