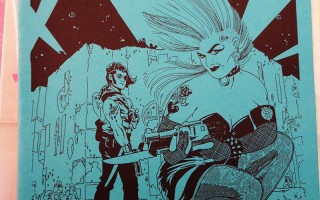 
BLT was my first publishing project as an adult. My friends and I did it from various different punk rock group houses. It is hilarious as fuck, especially if you’ve ever spent time in dark smokey clubs or science fiction conventions and related haunts. It was distributed primarily at sex shops, punk boutiques, SF&F and […]

Spaced Comes Out on DVD Today


A long long time ago, in a land far far from here, I found myself in abrupt need of a place to live. After approximately five years in Connecticut, my parents convinced my lovelorn and underemployed self that I should come stay with them for a while in part of Northern Virginia which is really […]