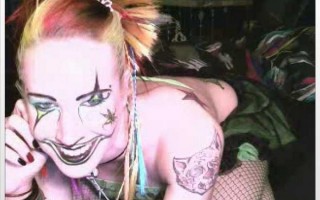 Backstage Passes: An Anthology of Rock and Roll Erotica from the Pages of Blue Blood


Sorry I haven’t updated in a few days. I was scheduled to announce the release of my fabulous anthology Backstage Passes on Monday. But I was wracked with anxiety and inappropriate affect, so, instead of feeling celebratory about the awesomeness, I just mostly felt nervous and queasy. Excited contributors have all been emailing me for […]


kaRIN and Statik from Collide are very excited their song “Slither Thing” will be used in this week’s upcoming episode of True Blood, the second episode of the new season. I believe KCRW radio DJ Gary Calamar is still the music supervisor for True Blood and these sorts of music choices are just one of […]


The Inquisitr reports that one Annette Edwards of Worcester, UK is the world record holder for breeding the largest bunny rabbit, a Continental Giant named Darius. This would be more newsworthy if Annette Edwards had not also bred Alice, the rabbit Darius took the title from now that he is longer than four foot three […]


I once melted off various chunks of my hair because I wanted to have white stripes in it and was chatting with a friend while leaving 40 volume bleach in my hair extra-long. Parts of my hair were literally reduced to mush. Fortunately, I have thick hair to begin with and I was wearing it […]


Please check out my pal sexy Evelyne Bennu talking about the benefits of good food. The video is only twenty-three seconds and well worth the time. Thanks, everyone. How do you feel about organic food and products?