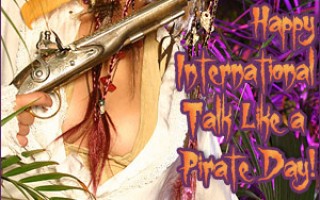 Fear Itself and The Top 10 Scariest Movies Ever


When, in his first inaugural address, US President Franklin Delano Roosevelt stated that, “the only thing we have to fear is fear itself” he wasn’t necessarily talking about the nature of horror in television and film. The main thrust of his speech was that, in wretched economic times, hope and a positive attitude were integral […]


So a lot of magazines and sites and television shows are doing top ten lists right now. I had planned to post a Blue Blood list of the top ten sexiest men and women of the past year. Unfortunately I ran out of gas after thinking of Anderson Cooper and Vladimir Putin. I didn’t even […]