Big Boob Barbie and Country Club Biff are not the Oppressors 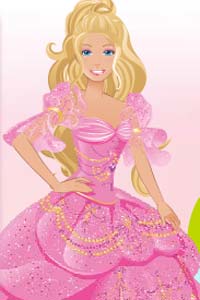 Many folks who fancy themselves individualistic iconoclasts like to imagine that there is some 80’s movie villain guy or some beautiful blonde debutante girl (with huge knockers) who is holding them back. The dismal reality is that counterculture fails to be stronger because, too often, it eats its own.

Comedian Chris Rock does a joke about how the reason women do not rule the world is because they hate each other i.e. when a man sees his buddy with a great girl, he thinks he wants one like that, and, when a woman sees her pal with a great guy, she thinks she wants that guy. Many disadvantaged groups, from Bohemians to Blacks, have to deal with some pushback from the overculture and undermining in their own culture. Black community leaders have addressed some of the issue within their community by political action, forging ahead, and coining phrases such as “hater” to describe sometime peers who seek to destroy those like them who find any success.

Posted by Amelia G on November 15, 2009. Filed under Blue Blood. You can follow any responses to this entry through the RSS 2.0. You can leave a response or trackback to this entry
Tags: activism, barbie, biff, bohemians, cannibalism, chris-rock, comedian, community, counterculture, country club, hater, joke, twitter, women