I really like Eli Roth as a personality. He has a certain wit and charm and unstoppable DIY willingness to just go for it and stick to it, which I really enjoy. I find him most interesting as a writer and have been following him on Twitter just to read his random thoughts in 140 character installments. As an actor, his parts in Inglorious Basterds were definitely some of the most enjoyable.

One of the things I like about Eli Roth is that he seems to be genuinely a DIY guy. He financed student films by working as a phone sex operator and got private investors to make his first film Cabin Fever. One of the things Lionsgate probably likes best about him is that he makes movies, which cost less than two million dollars to produce and gross a gajillion dollars in box office. He makes movies people want to see. The Last Exorcism, produced by Eli Roth, opened — as you probably noted from the countdown clock and banners here — on August 27 last week, and it has already grossed over twenty million smackeroos.

But I digress. The fascinating tidbit of the week from Eli Roth’s Twitter is that Ashley Bell, who plays the possibly possessed Nell Sweetzer in The Last Exorcism, did all her creepy contortions without benefit of CGI. The images in the posters and the clips I’ve seen are really striking and I like Eli Roth’s take on the whole thing, which is essentially that CGI has its place, but sometimes less is more. And he is willing to express actual happiness with his accomplishments on the internet, even in the face of people being what I believe (from my vast education on the subject) the DSM IV characterizes as “jerks”.

I haven’t seen The Last Exorcism, so I’m going to quote Mike McPadden from my Facebook, “THE LAST EXORCISM is my favorite movie of 2010 (so far). PG-13 regardless, I loved it,” Mike McPadden enthused, adding, “The more I ponder THE LAST EXORCISM, the better it becomes. And I loved it immediately. Amidst the affable, thoroughly enjoyable schlock of EXPENDABLES, PIRANHA 3D and (I’m guessing) MACHETE, LAST EXORCISM is a genuine surprise of depth and power—with a socko final wallop right out of a 70s-era 4:30 Movie!”

Speaking of Pirhana 3D, Eli Roth has an acting part in that movie as a wet T-shirt host. Apparently, Joe Francis, of Girls Gone Wild infamy, is really peeved about Pirhana 3D. He says of the character obviously based on him and played by Jerry O’Connell, “I believe Mr. O’Connell may lose more than his penis (i.e., lots of money) if he and the Weinstein Co. choose to release this film and continue to falsely associate me with its questionable content,” Francis . . . I appreciate a good parody as much as the next guy, but to associate me with drugs and the filming of underage girls crosses a definite line.” Jerry O’Connell is probably best known for playing a super-powered teen on My Secret Identity and a time-space continuum traveling dude on Sliders. Joe Francis is probably best known for his legal woes regarding his alleged use of drugs and the alleged filming of underage girls. Also his alleged tax evasion and alleged sexual assaults. I’m digressing again, but I’m just saying Joe Francis should try reading some of his own interviews and not just Jerry O’Connell’s, to find out what he is associated with.

Mike McPadden and I are both veterans of the Desktop Publishing Revolution and zinesterdom. He did a zine called Happyland, under the name Selwyn Harris. He now writes for Mr. Skin and also posts occasionally missives on his McBeardo site. I have to recommend his August birthday entry, entitled Madonna Boots, about how he lost his virginity. I won’t give away the punchline summary, but the tale has a humorous denouement. 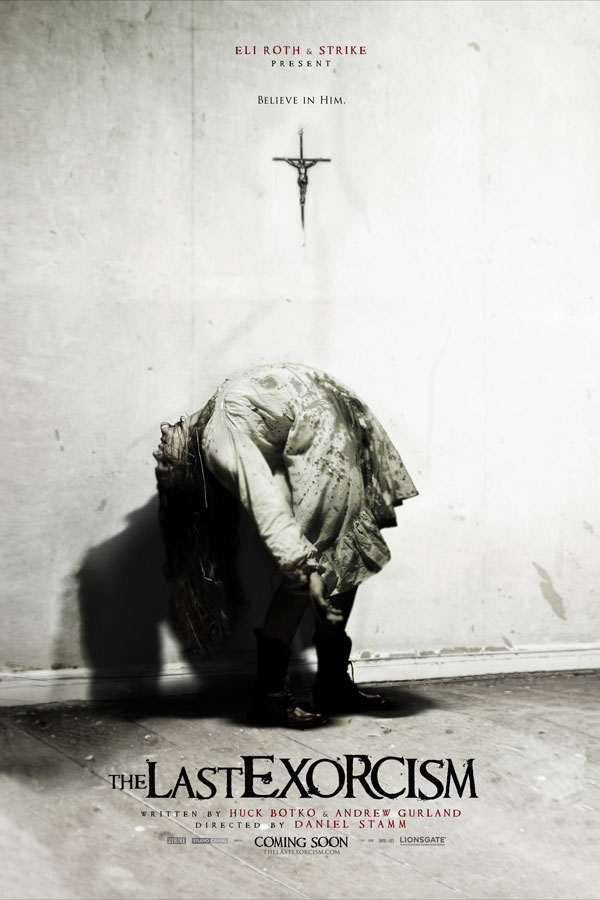 Posted by Amelia G on September 2, 2010. Filed under Popcorn. You can follow any responses to this entry through the RSS 2.0. You can leave a response or trackback to this entry
Tags: boots, contortions, creepy, drugs, eli roth, facebook, last exorcism, lionsgate, madonna, piranha, possessed, publishing, sexual, twitter, zines