As America gets ready to vote tomorrow, among the many ballot measures, one of the most bafflingly controversial referendums is California’s Prop 19. Proposition 19 would make marijuana legal and taxed in the state of California. 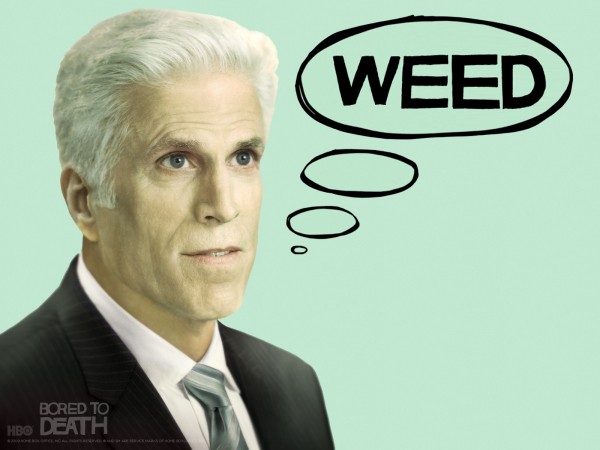 Of course, the Federal government will still be of the opinion that it is illegal. This states’ rights versus Federal control issue has certainly come up with the raiding of state-licensed dispensaries for medical marijuana. I’ve heard some folks question whether businesses which currently receive Federal money may lose it for not having a “drug-free workplace”. I don’t know how many California businesses are staying afloat on Federal money or whether it is fair for whatever businesses they might be to be competing with others just trying to get by. Surely, though, the state can’t afford the pricey and morally bankrupt private prisons expanding. Although I can see debating the merits of sin taxes, many believe that, not only will there be savings for law enforcement, but there will be significant tax revenues.

In my view, part of the problem with the USA’s drug laws is that the majority of the population has broken them and most of the remaining percentage easily could. I don’t think that otherwise productive lives should be randomly ruined over something as capricious as America’s draconian drug laws. I truly believe the fastest route to fascism is unevenly enforced draconian laws, so those need to go.

Some of the pot growers might want to keep pot illegal because they are worried that RJ Reynolds and their ilk are poised to mass produce weed the moment it is legalized. I buy artisan locally-roasted coffee beans, so I suspect marijuana enthusiasts might do the equivalent. I do see it as likely that growing and distributing pot will become safer revenue with a lower profit margin. That’s just basic business, but I don’t think protecting the illegal economy of Humboldt County is worth ruining the lives of people who just happen to be caught smoking in the wrong place at the wrong time. Once a business becomes legal, it can save a bundle on private security too, by enjoying standard societal protections from violence and deprivation of property. 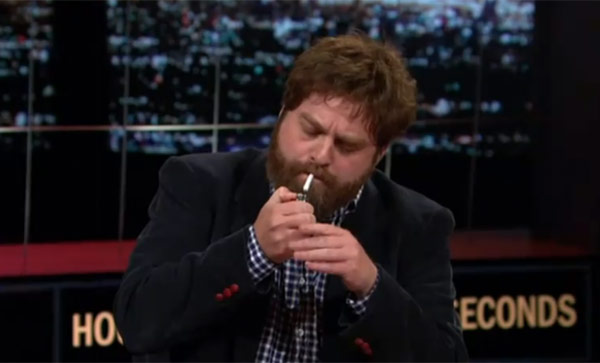 On HBO’s Real Time with Bill Maher last night, Zach Galifianakis was on the show ostensibly promoting the film Due Date, the latest offering from brilliant Hangover director Todd Phillips. As Bill Maher tends to discuss political topics, the politics of California’s marijuana ballot measure came up. So, in a move which might be more appropriate to promote his work on HBO’s very enjoyable humorous stoner detective series Bored to Death, Zach Galifianakis lit up on the air. Although everyone at Bill Maher’s table looked suitably shocked and another guest, Margaret Hoover — President Herbert Hoover’s politico great-granddaughter — confirmed that the joint was, ya know, a joint:

According to a statement issued to E! News by Maher’s publicist, Cece Yorke, the substance was not pot, but rather an unspecified “prop.” 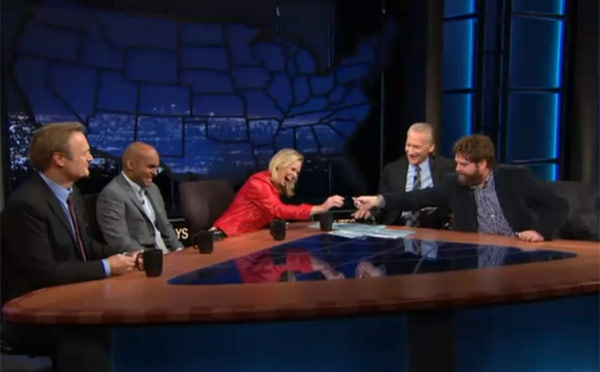 True confession ahead: I have never smoked pot. Ever. At such point in time as I get cancer and/or glaucoma, I plan to. It probably won’t make much difference whether it is legal or not then, but I’d prefer it be legal. They make coffee illegal and I suspect I’d keep drinking it. I might even do it on national television and then have the show’s publicist explain that it was just a prop iced soy latte.

Posted by Amelia G on November 1, 2010. Filed under Manifesto. You can follow any responses to this entry through the RSS 2.0. You can leave a response or trackback to this entry
Tags: bill maher, california, coffee, coffee shops, drugs, hbo, margaret hoover, marijuana, medical marijuana, pot, prop 19, proposition 19, stoner, vote, zach galifianakis