Breaking Bad came back for it’s final episodes last night, which makes watching the campy drivel of True Blood that much harder. True Blood is the soap opera for the spooky set, an ongoing, ridiculous saga, full of eye rollingly bad writing, plot lines that give me gas and characters more transparent than a jelly fish. When is a clone of Sookie going to show up with a goatee as her evil twin?

Anyway, Bill and Sookie arrive in Fairyland to find Warlow drained, by Eric, and barely clinging to “life”. Sookie tells Bill to fuck off and gives Warlow a bunch of blood for his boo boos. Sookie beams out of Fairyland for Terry’s funeral and a whole shit ton of flashbacks, showing what a great guy Terry was. Thanks for reminding us! We know! That’s why we’re all annoyed you killed him off!

Oooo Lafayette turned it OUT for this funeral. Those lashes can almost touch the sky.

Eric, meanwhile, lays some carnage down on the lab including ripping the lead scientists dick off. That’s super rude and gross as hell. But then Bill smashes his head in, so that’s that. As Eric liberates the vampires, more carnage ensues and he finds Jason in women’s GenPop, looking a bit peaked. Eric, you can heal me any time. 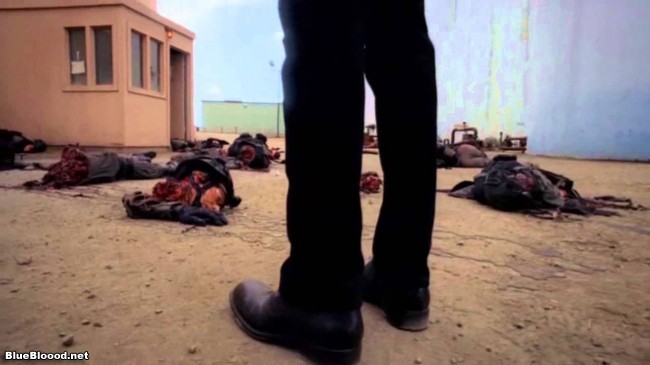 Sarah Newlin has made it out of the lab in one piece and as she quotes scripture and climbs to the top of a green screen, she starts to open the roof on our band of favorite vamps. There’s not a button that could have opened that hatch? Well everyone is feeding on Bill so we’ve got a whole group of Day Walkers now and Sarah freaks out. Aww our favorite lavender vampire finally eats it. That’s a bit sad, he’s such a good foil to everyone else. 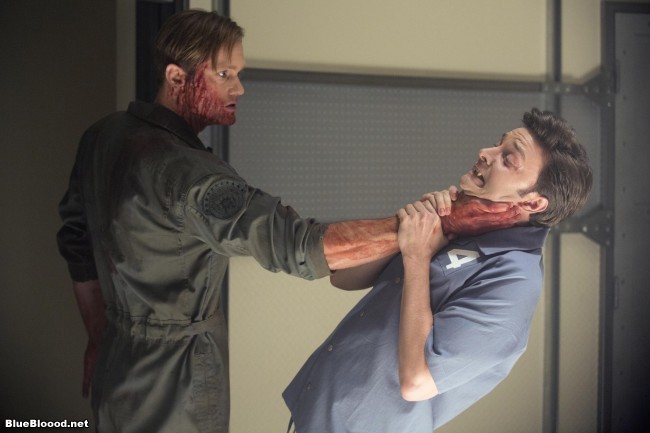 Jason chases down Sarah and almost kills her, but can’t quite bring himself to do it. Well I think we can assume she’s going to do something bat shit crazy in the finale, so that’s something to look forward to. 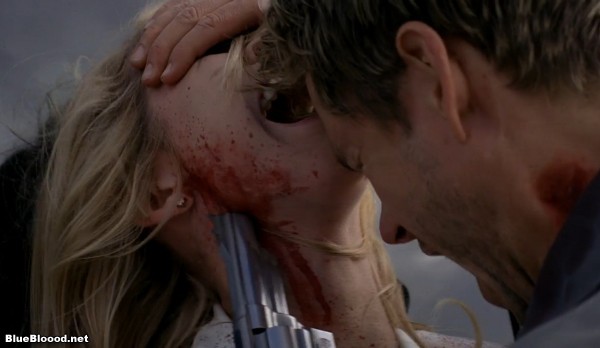 After our vamps feed on Bill and everything turns into a production of “Hair”, the Beef Jerky Triplets show up again and tell Bill he’s done on earth. He’s looking a bit drained, maybe he needs a Jamba Juice or something. A nice Jessica boost would work too, I guess. There’s a montage of vamps taking out True Blood around the world, or at least in Honolulu. I’m just glad Ginger made it through this. We get a couple nice Pam/Eric moments but in the end, he takes off, as is his way.

This episode made me think of The Simpsons clip show. Sorry for the clip show, have no fears, we’ll have stories for years.

Posted by Raygun Robyn on August 12, 2013. Filed under Headline. You can follow any responses to this entry through the RSS 2.0. You can leave a response or trackback to this entry
Tags: alcide, bill, eric, jessica, life matters, pam, sookie, tara, true-blood