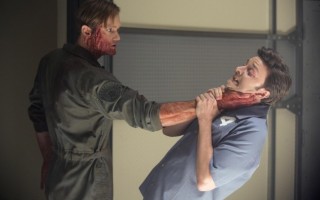 
Archer-Hating Wife ditched me tonight, having lucked into third-row seats for a hockey game. The Washington Capitals, after having sucked like Sasha Grey getting double overtime for months, are now in first place in their division, and I’m on the couch writing about a cartoon. I am all that is man. This week’s episode of […]