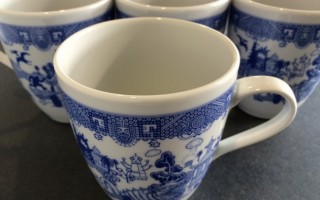 
What you see on BlueBlood.net is kind of the Glorious Results of a Misspent Youth. I have indeed playing both drinking D&D and strip D&D (and drinking Tunnels & Trolls and strip T&T, but I’ll spare you my Flying Buffalo deconstruction.) At any rate, I think I might need the Trilogy Edition of Drinking Quest. […]

Don’t make me get Primeval on your ass!


Primeval is more science fiction thriller fare from BBC America. The real stars of the show are the creatures created for it, particularly Rex, the adorable flying lizard thingie-ma-bob. The series comes from the fine folks who created Walking with Dinosaurs. Walking with Dinosaurs was a documentary about prehistoric animals which presented the film more […]