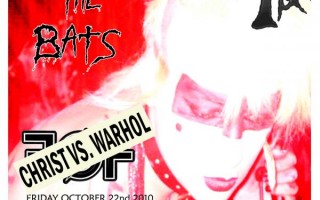 
Rolling Stone is known for its decades of quality photography and occasional envelope-pushing magazine covers. The brilliant Matthew Rolston shot Alexander Skarsgård, Anna Paquin, and Stephen Moyer in a variety of menage-a-trois scenarios. I would say some of the inside photos look surprisingly stiff for someone of Matthew Rolston’s caliber, but, in all fairness, Skarsgård […]


As you all probably know, the HBO series True Blood, based on the Charlaine Harris novels, was one of my favorite new shows this past year, maybe my very favorite. The new season is kicking off with fun altmodel cam boy and local vampire blood dealer Lafayette Reynolds possibly in trouble and more murderous whodunit […]