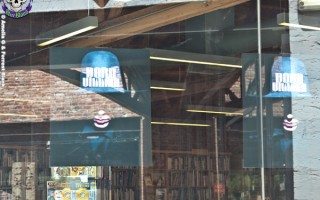 
I’m not the biggest fan of New Years parties. I like to use the changing of the year as an opportunity to reflect on the past year, what I am happy about, and what I wish would be better. I do make New Years resolutions and I like that they help keep me on track […]


There are a lot of people in Los Angeles who get decked out in full regalia every day, just in case. By this, I mean that they blow dry their hair or put product in it or put makeup on and make sure they are wearing something versatile but hot. Every day. Because you never […]


I’ve been meaning to go to one of the Media Bistro shindigs for media professionals, like yours truly, for ages. After seeing Laurel Toby speak, I even moved the post-it reminder a bit higher up on my monitor. I finally managed to roll over to one a couple of weeks ago. Horror author and poet […]