I like Kyle Cassidy‘s work because he has a good eye for subculture. There is a journalistic aspect to his work, combined with an aesthetically pleasing approach. Kyle Cassidy delves into the social anthropology of cultural aspects which go unexplored by most. I think I first came across him on LiveJournal. (Raise your hand if you miss having social media actually be a way to get to know one another.) I know other people like his work too because he sent me a very well-done coffee table book some years back and the writer who was supposed to review it for Blue Blood ran off with it.

Anyway, I love going to conventions, including conventions for industries I am not in. Apparently, Kyle Cassidy feels the same way and he attended the American Library Association convention and shot portraits of librarians. Actually, I suppose that arguably anyone who has had a hardcover book published has some business at the ALA conference and Kyle Cassidy has quite a few hardcover books under his belt.

Now he wants to go back to the ALA show in Las Vegas again and shoot a deeper cross-section of the librarians who attend and perhaps visit some libraries around the country. Then he wants to do a traveling art gallery show of his work showcasing the diversity of librarians. He is doing a Kickstarter to facilitate this and it has the awesome name of Alexandria Still Burns: Librarians & the Fight for Knowledge. I highly recommend his work.

By the way, if you live in Los Angeles, the Los Angeles Public Library system is, in my opinion, one of the best in the country. You can get any book in the system sent to your nearest library location, plus they have tons of e-books you can borrow legitimately and with respect for creators’ rights, without ever having to leave your house. 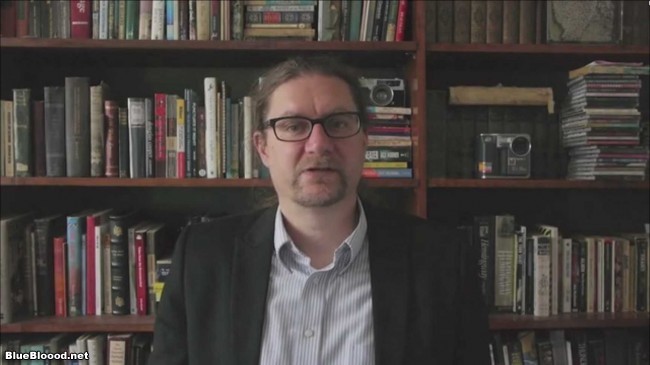 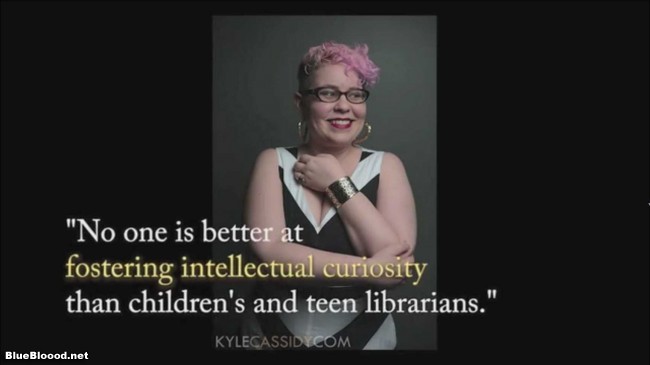 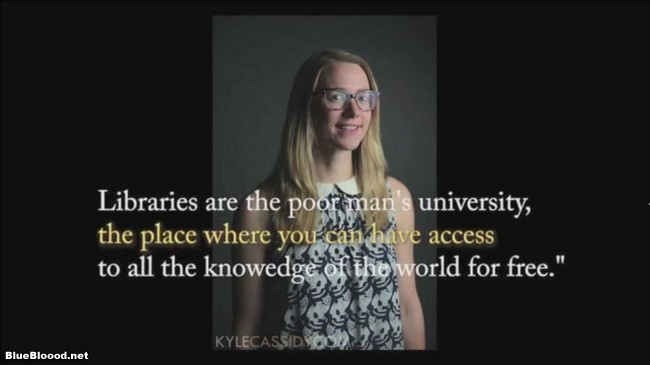 Photograph & interview 100 librarians to make a touring gallery show & help tell the story of why and how libraries are important.

$7,500 New Stretch Goal: Stock photos that libraries can use.

When I asked librarians how I could help, many pointed me to the sad state of available stock images, including this list of horrifying images of “women reading”:

I’d love the opportunity to get some librarian models and take a bunch of useful images and then release them into the wild under a creative commons license so that libraries (and book lovers) could use them, royalty free, in creating web pages, brochures, and signs about books.

This gets unlocked at $7,500. Librarians: do you have requests of what would be useful to you? Let me know.

If we can get to $6,000 I can afford to bring a videographer with me and shoot a short documentary about why libraries are important. I think this will go a long way to getting the message out to people and get them thinking about why libraries matter. Backer update coming soon.
*** EDIT ***

In February of 2014 did a photo essay called “This is what a librarian looks like” which was published by Slate Magazine and instantly went viral, rapidly becoming the most popular photo essay they’d ever run. That project consisted of thirty portraits and interviews with librarians on the challenges they faced and the role libraries play in a world where many people have reliable Internet connections and amazon prime accounts.

I realize that the story is incomplete and I want to go to the ALA’s big conference this summer in Las Vegas and try and do at least a hundred portraits and interviews to get a bigger, broader, picture (so to speak) of what libraries and librarians are doing today.

Ultimately I’d like to see this come out as a book, but more immediately I want to create a touring gallery show that can be easily hung and shipped for libraries, galleries, coffee shops and offices and make it available for libraries to show, for free, to help tell the story. Because ultimately this isn’t really at all about what a librarians looks like, it’s about knowledge, access, and civilization.

Posted by Amelia G on June 16, 2014. Filed under Books, Headline. You can follow any responses to this entry through the RSS 2.0. You can leave a response or trackback to this entry
Tags: ala, books, convention, documentary, hardcover, kickstarter, kyle cassidy, las-vegas, librarians, library, livejournal, los-angeles, portraits, subculture