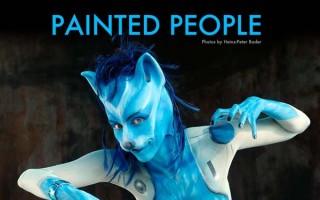 
Boing Boing‘s mission is to be a directory of wonderful things and they certainly have some wonderful things posted today. The site currently hosts photos from the Austrian World Bodypainting festival, lensed by a photographed named Heinz-Peter Bader. These images do the best thing such pictures can do, at least in my view, and make […]


A little while back, Forrest Black found a mention of the existence of a Hello Kitty handgun. I felt I had to find the source for this little gadget. It is supposedly mostly aimed at the ladies, but I think any gender could carry it with the right accessories. The Dark Hello Kitty inlayed Blackwater […]


Over at Albertine and Odette, my good friend (and Blue Blood hottie) posted some new accessories for men from Givenchy. She threw a fabulous Recession Potluck and Govinda Coloring Party this weekend. Nobody throws an event like she does. So, if I know anyone who will have the gents getting decked out in gimp couture, […]