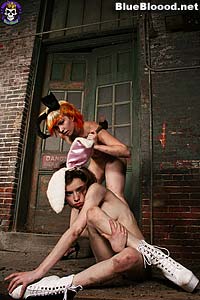 When I was around five-years-old, my father took me to the Easter Egg Hunt at the Harvard Club. Everything was colorful and I loved the puzzle of looking for all the hidden things. It was like hide-and-seek only better. When my father pointed out that I could find more foil-wrapped candies by looking for a glint in the grass, from a distance, when the sunlight hit them, I thought he was pretty much the most brilliant person on the planet. It was awesome. I thought we should go to events like this basically every weekend.

Children weren’t usually allowed to run around and play at the Harvard Club. Heck, I’m not sure what year they even started letting grown female alumni in, much less playful little girls. I don’t think I knew what Easter was at the time. I certainly could not have held forth on how it was a holiday the early Christians copied many Pagan tropes from, in the successful attempt to subvert the rites of spring into a celebration for a slaughtered deity who walked on earth and came back to life vampire zombie style. I’m not sure I even knew what a yearly holiday was at the time. Or a year. I probably really did ask to go do it again every weekend. Eventually I was told that we were not going to do it again.

This is pretty much my childhood in a nutshell: I was privileged to do one or another fabulous thing briefly and then it was taken away with no explanation a child could understand.

I somewhat predictably ended up pioneering erotica where every day could be a holiday, in this case Halloween.

I had intended to write something about crop-planting sex and rabbits this year, but then I just didn’t feel like it. Forrest Black and I did feel like shooting the gorgeous Stephy Slaughter with a gothic punk deathrock bunny rabbit plush in San Francisco for the Blue Blood VIP and Lori Mann shot cutie Kess and newcomer Velocity dressed as cosplay bunnies in an abandoned factory in Filthadelphia.

I recommend that you get yourself an Easter present and at least spend the $1.70 17 Year Anniversary Celebration trial price to support the publication of more naked punks with bunny ears and stuffed animals. If it is not traditional to get yourself Easter presents, blame the Harvard Club for my suggestion because they didn’t make that clear to me when I was five.