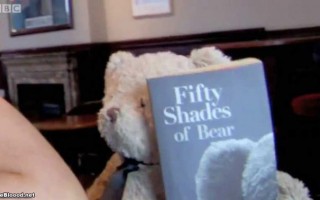 
CONTEST CONTEST CONTEST! Win cool stuffed critters, DVDs, and clothing! Contest rules after the jump below. Sponsored by Squishable, Lost Boys 2: The Tribe, and Blue Blood Boutique It has been a while since we had a contest, so here is a new one. About our beloved sponsors: Squishable A couple years ago Zoe and […]


I interviewed Kristin Tercek back in 2006 when she was first starting her Cuddly Rigor Mortis line. Since then, she has had a number of her designs mass-produced and distributed. She currently has a series of one-of-a-kind voodoo plushes available and going fast. We’ve got a gallery of her amazingly spooky-adorable voodoo dolls and I […]

Cortisone, MySpace, Really Great Plush, and Not Mucking About


So I’m recuperating from the corisone shot I mentioned last week. I asked my BlueBlood.net friends, my 60,000+ Blue Blood MySpace friends, and my LiveJournal friends. Apparently I have a lot of different site-specific friends. I was surprised to only get five responses on BlueBlood.net. In my personal journal, I received eleven responses, ten of […]


I met the talented Kristin Tercek through Ed Mironiuk who has been doing artwork for Blue Blood projects since 1995 or 1996. But Kristin wouldn’t need nepotism to be covered here because I love love love her Cuddly Rigor Mortis doll collection. Kristin is also an accomplished illustrator and completely self-taught. She explains her fairly […]