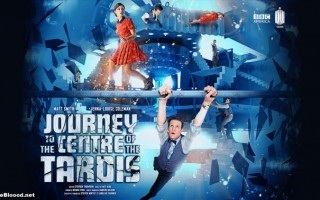 
We open this week’s episode of Doctor Who on the Nostromo/Nebuchadnezzar, or rather, the dingy greenish interior of a spaceship with grouchy dudes arguing about salvage. One of them is an android, one’s sleeping. And I’m guessing two of them are the Van Baalen bros., so one plays guitar and the other drums. Doc & […]


We open in 1974, and this being England, it could pass for any time from 1950 to 1978 to me. If we’re in Scotland, my apologies. Anyway, drafty country estate, roomful of mad scientist electronics, Doctor and his lovely assistant at work on a mystery. No, not The Doctor, some other chap in cool glasses. […]


North Pole! 1983! Not even really the 80s yet! Pretty much the 70s with cheaper synths! And beneath the slightly cheesy looking CGI depths, it’s a Soviet sub! And holy dickens, it’s Davos from Game of Thrones! His beard looks fantastic! OK, I’ll settle down. Capt. Davos and his sinister 2nd in command are doing […]


The Doctor is moping around greater Manchester in the 80s, reading a Dennis the Menace comic and stalking young lovers. Must not be a big week for disasters in need of averting. A bit of additional stalking reveals that these are present-day Souffle Girl’s parents, and that her mom died some years ago, and her […]