We open with snowy Victorian England: Lonely child, fussing parents, and predatory alien grooming an accomplice in deep, commanding tones. And in keeping with Doctor Who tradition, damaged child grows into venerable British actor, and we get… Withnail! Collecting fake snow in jars!

And we’re at the pub, and we get a little banter and a meet-cute around a horrifying, leering snow goon. So here’s Clara, the highly anticipated and definitely juggsy, spunky new Companion, or so I assume. Aaaaand, so does she.

New opening sequence is straight from an Iron Butterfly show in 1972. Don’t know what to do with that.

Withnail’s rounding corners in the same set as the pub, and meets the first of the existing characters (who are dead in some timeline or other but handy here). (Don’t care, I like the married interspecies lesbian adventurerers, they’re fun.) 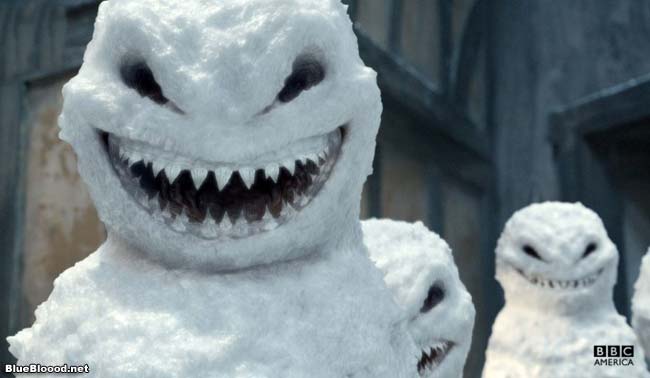 And the Doctor has a handful of snow and it apparently smells telepathic? I don’t know why I’m complaining. And pre-existing character #2 is here! “I suggest a full frontal assault, with automated laser monkeys, scalpel mines, and acid!” Strax is definitely on the Xmas party planning committee.

The Doctor is apparently having a Low, and needs to be cheered up and re-engaged in life. Zooey Deschanel isn’t handy, neither is Will Ferrell, and I suppose Strax isn’t pixied up enough. Looks like it’s up to yummy cocktail waitress, who isn’t a bit confused by words like “telepathic”, and who has no trouble tracking the doctor through Ripper-infested alleyways to the Tardis’ fire escape.

And, infinite staircase, leap of faith, and what was the point of playing ding-dong-ditch?

So, secret double life as yummy governess to Dr Deathpond’s kids, and that means more kids in danger. Great. Clara makes the connection between psychic snow and psychic ice and makes a run for the Tardis, which attracts the Lizard Woman’s Wife, who drags her to the club for a bit of show-off dialogue writing. I don’t know why I’m complaining, it’s a great scene. Having the lesbian characters fail the Bechdel test is a bit weird, but I’m sure the episode will wash this out. 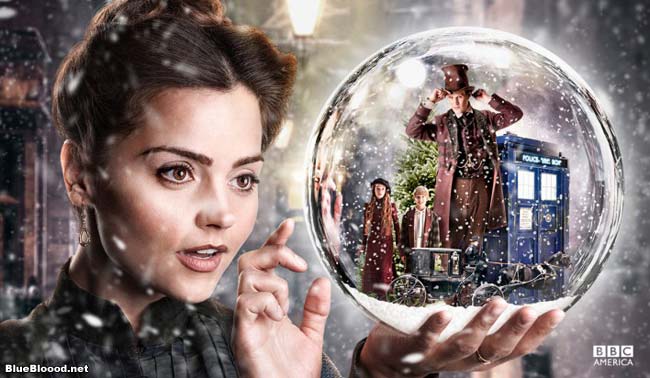 If you’re doing a Victorian period ep, you might as well throw in Holmes. Who hasn’t, but still. And the Doctor walks us through the villain’s evil plan and makes his escape, Robert Downey Holmes style.

Grenades? Or help. Either way, Straxtato better get to ‘splode something or Xmas will be ruined.

And kids in danger, Mr Punch and WOW that was a big kiss. And deadline and running, and yes, she’s all spunky, and SOUFFLE ok, that’s her, from the Dalek Death Zoo last season. Damn, I’m slow.

So is The Doctor. And there your newly seduced Companion goes, off the cloud edge with Evil Mrs Butterworth.

If these kids aren’t traumatized beyond repair already, hearing their governess hit the slates like a thunderclap should do it.

And the Doctor is bargaining with the universe for the life of his companion. That’s ridiculous, but at least he’s back in the game, which is obviously the point of this ep. And he has a cookie tin with the London underground map on it. I’m not asking. 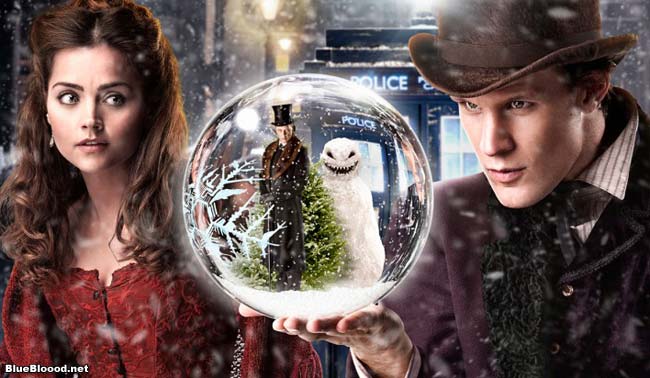 And a twist of the screwdriver, and Patrick Stewart’s voice regresses to… creepy British kid voice, like the homicidal computer in Resident Evil. I liked it a lot better with the booming voice. So the Intelligence is just Withnail’s shitty childhood somehow grown to world-wrecking size. AND HERE’S CHEKHOV’S MEMORY WORM! Saw that coming. Really.

And, oops, look’s like the Night is still Dark and Full of Terrors. Withnail the White Walker! Doing mummy arms! This is the best Xmas ep ever.

And it’s raining in London! That’s a shock. But apparently that’s all it takes. That is the power of Ruining Christmas.

So, our takeaway from this is Yummy New Companion exists in some impossible relation to the timestream all Cloud Atlas style, the Great Intelligence probably holds a grudge, and someone with the show is addicted to Game of Thrones. And zombies and Cybermen and damn I missed this show. Merry Xmas, all you happy bastards. 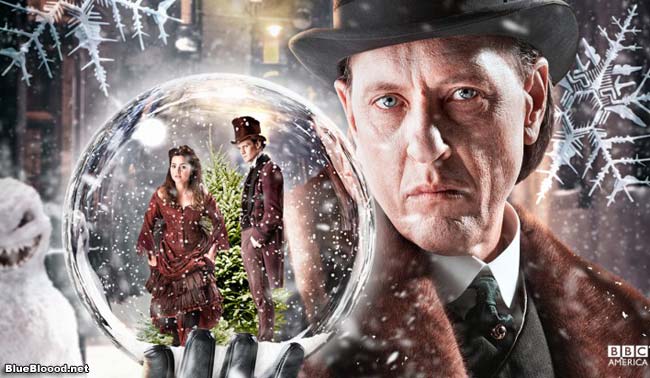 Posted by Will Judy on December 25, 2012. Filed under Headline, Images, Popcorn. You can follow any responses to this entry through the RSS 2.0. You can leave a response or trackback to this entry
Tags: christmas, clara, cybermen, doctor, doctor-who, matt smith, strax, victorian, will-ferrell, xmas, zombies, zooey deschanel