Michelle Tea is one of those special writers whose work fills you with an aching longing for her character. You can’t help falling in love with them.

Much of what I’ve read of Michelle Tea’s in the past was memoir, but Rose of No Man’s Land is a coming of age novel. For some reason, this book did not come up on my radar when it was released in 2005, although I’ve liked what Michelle Tea does ever since she and I were both presenters at the Firecracker Book Awards and she yelled, “cunt”, really loud from the stage. (It was relevant to what she was presenting an award for, but still.) As the main character Trisha Driscoll is fifteen, I suppose this book is more or less YA, so that is probably why I did not notice its release.

Rose of No Man’s Land is brilliant. A really perfect, elegantly plotted story about a pivotal day in the life of a teenage girl in suburban nowheresville Massachusetts. For some reason, the publishing world puts out gritty realistic bildungsromans for straight boys and queer girls, complete with sexuality, alcohol, and maybe even drugs and disrespect for authority. 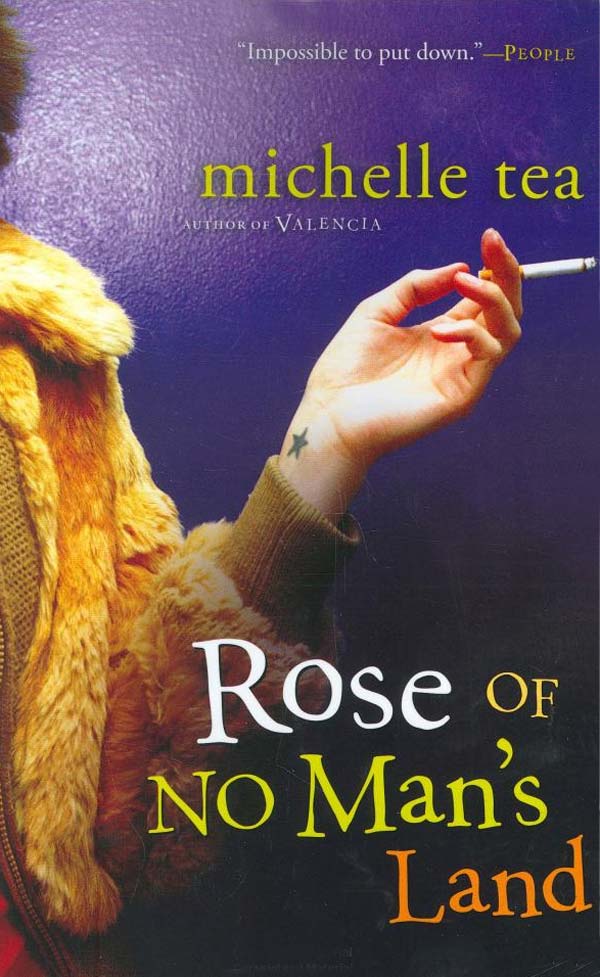 The publishing world seems to just hope straight girls will read Twilight and wait for a man to give them personality. But that is a feminist diatribe for another day.

Rose of No Man’s land is a really enjoyable read. It vividly calls up that combined teenage ennui and lust for adventure, the struggle to parse the alien rulebook of the world outside one’s home, and the excitement and pain of discovery. It presents a visceral portrait of what it is like to be a teenage girl, without obvious role models, fumbling for how things should be. For me at least, reading Rose of No Man’s Land strongly reminded me of the intensity of being that age and experiencing that rapid cycle of tummy ache to leaping heart and back again. A really beautiful book.

Posted by Amelia G on December 3, 2010. Filed under Books. You can follow any responses to this entry through the RSS 2.0. You can leave a response or trackback to this entry
Tags: alcohol, bildungsroman, drugs, ennui, feminist, girls, lust, memoir, michelle-tea, publishing, queer, reading, rose of no mans land, sex, twilight