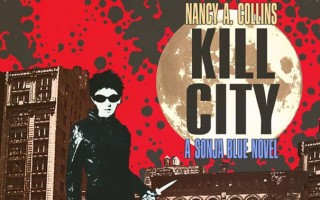 
Nancy A. Collins is probably the most influential living author of vampire novels. I was a big fan of her work before I founded Blue Blood and she was kind enough to sell me multiple short stories, when I was just starting out. If you’ve ever played any game from White Wolf, her work had […]