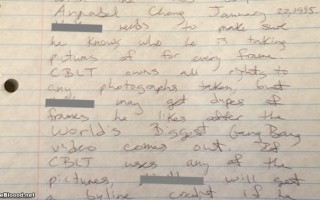 
A few years back, a number of members of Blue Blood sites started writing in to say someone was making dolls of various Blue Blood hotties. As I recall, Mistress Domiana and Fetus de Milo were two where there were specific dolls folks felt were based on photos Forrest Black and I had shot of […]