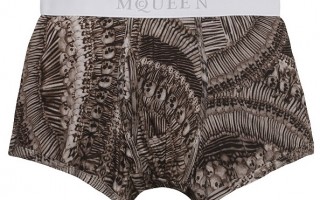 - by Forrest Black in Trappings


Have you found your Halloween costume yet? Because I think I found mine! I’m sure it comes as no surprise that I’ve always been a fan of the unfortunately late fashion rebel Alexander McQueen and along with our friends (Blue Blood contributors, models, et al.) over at Haute Macabre, I’m happy to see his stylish […]

- by Amelia G in Personalities, Sex


I am really thrilled to be able to announce that the first set of Razor Candi has just gone live in the Blue Blood VIP. Yay! Although Blue Blood receives hundreds of submissions a week and has for many years, I don’t get this excited very often. Heck, I guess we don’t even get to […]


It might have been noted before that I like a good LEGO Darth Vader or R2-D2 astromech droid, but never let it be said that I can’t appreciate present day LEGO architecture. Especially functional LEGO architecture. Jack Streat has put a decade’s worth of LEGO collecting to good use. He builds LEGO block-firing guns. His […]