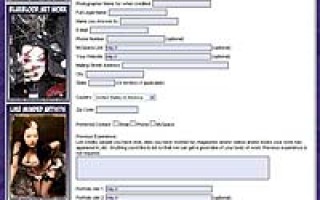 
If you want exposure for yourself or your projects or you are seeking expertise, then it matters how busy or influential a web property is. There are many third party tools to assist internet professionals in ascertaining a site’s true size, beyond its hype. As a site surfer, most people respond to how interesting the […]


Speaking of Rachel Kramer Bussel, some of you who get various newsletters already know this, but Rachel did a really kickass interview with yours truly for the October 2007 issue of Penthouse Variations. It was a really good interview because Rachel asked really thought-provoking questions. Oddly enough, you can order a subscription to Variations through […]