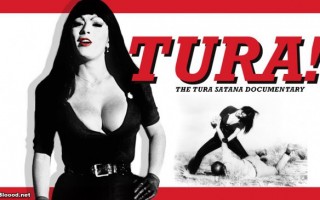 
Blue Blood hottie Serena Toxicat recently mentioned that she would be showing thirty of her art pieces at the Blow Gallery in Berkely, California. If you are in that neck of the woods, you can stop by 2112 Berkeley Way, Berkeley, CA 94704 for an evening of hotties like Serena Toxicat, art, and possibly some […]


Ivan Reitman directed Ghostbusters and Stripes and produced Heavy Metal, so I’d like to believe that his progeny would be on the side of all that is awesome. His son Jason Reitman adapted Christopher Buckley’s Thank You for Smoking for the screen. I thought he did a great job and I loved the book and […]


If I were a nearly immortal, highly intelligent, time-traveling, space-faring, womanizer of an alien with a lot of heart(s) to give, I would definitely totally want to get me a long string of very high end companions. If I were an alien from Los Angeles, I might prefer that they be adoring, young, and paid […]