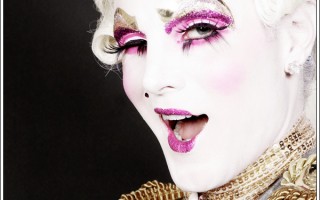 
Forrest Black and I shot Prince Poppycock a while back. Our friend Sabrina hipped us to his excellent existence and Xian booked him for stuff. Apparently he is on America’s Got Talent and is all the buzz right now. The universe conforms more to my personal aesthetic every day. My will is law.


I think it’s unfortunate that one of the down sides of living in pretty much any interesting area or city is that, if you are there long enough, the notion that it just isn’t as cool and fun as it used to be is nearly inescapable. It’s really difficult not to fall into a bit […]


Since a bunch of folks really enjoyed the fun Hex Hollywood gallery we recently released, I thought it would be enjoyable to catch up with Xian and give everybody a bit of insight into the mind and motivations of the creative force behind these events. Xian is dedicated and involved in the Los Angeles underground […]