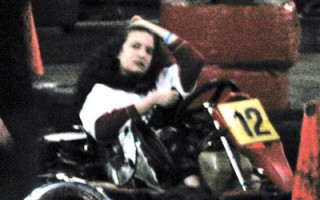 
I can’t believe how little I’ve been shooting in Las Vegas lately. Forrest Black and I are planning on rectifying this soon. We’ll probably start in December and not wait for January and the adult shows. (Gratuitous blurry snapshot camera pics below of us in Las Vegas for the aforementioned. Forrest Black is better at […]

Punch Robert – That Doesn’t Make You A Model


One of the oddest impacts of the internet is that being actually famous has become super unfun and being even a teeny bit internet famous can lead to a lot of the same headaches real famous people have — privacy invasion, unflattering paparazzi pics, strangers saying mean stuff — only without the resources actual successful […]


There are a lot of people in Los Angeles who get decked out in full regalia every day, just in case. By this, I mean that they blow dry their hair or put product in it or put makeup on and make sure they are wearing something versatile but hot. Every day. Because you never […]